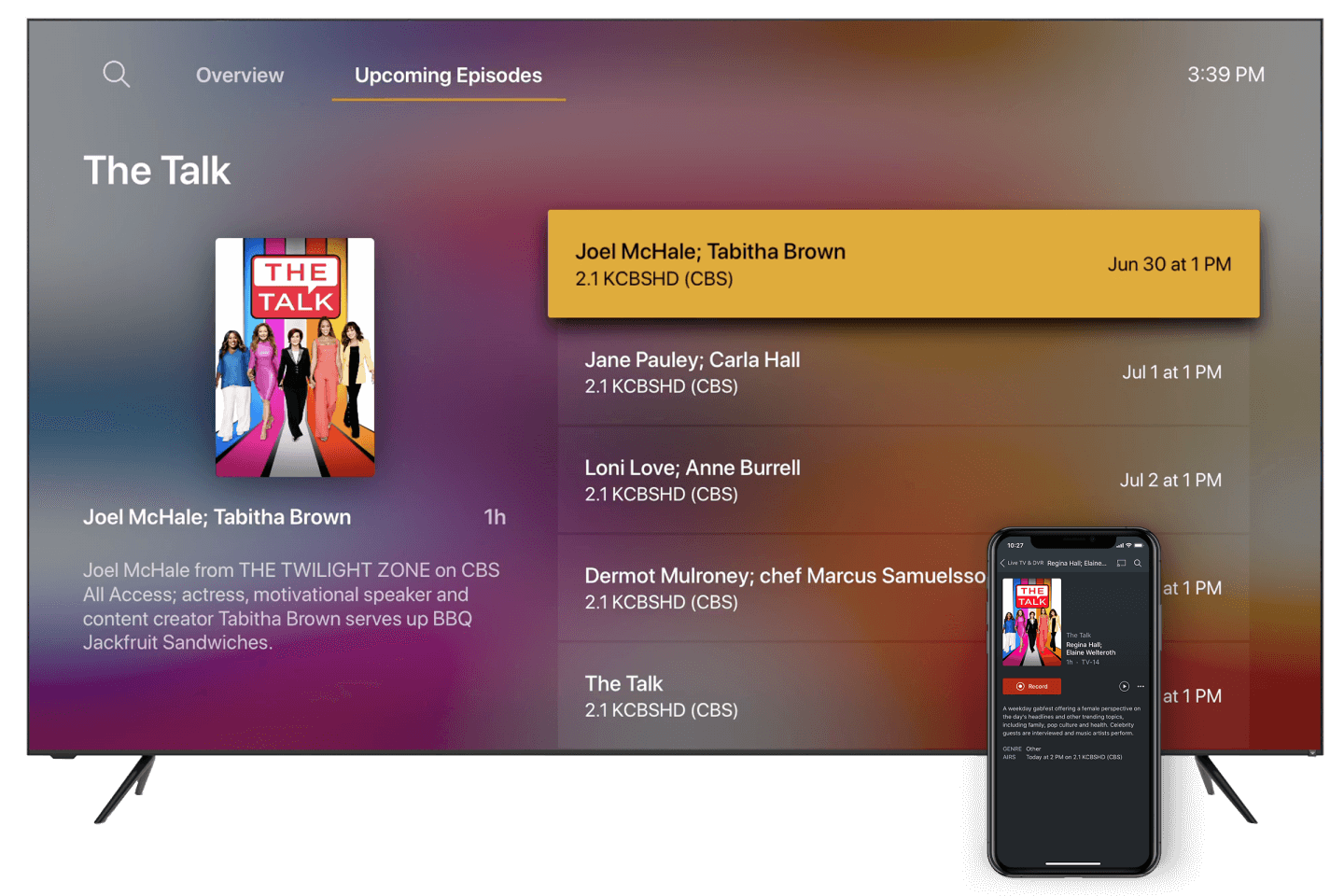 If you want to cut the cord, you can still watch your favorite TV shows and movies without a cable subscription. You can do this with any number of on-demand content apps. In fact, almost every TV network has an app. While some of these apps do require a cable account to use, others are free and don’t require a cable account at all. These apps also may require a short wait time to access the newest episodes. For example, ABC’s app lets you watch popular shows a week after they air on television.

Sling TV is a streaming service that allows users to watch hit TV shows, sports, and news channels. It offers flexible subscription plans and is compatible with most streaming devices. It also offers a Cloud DVR that allows users to record up to 50 hours of shows. This is an important feature, but some major competitors offer better Cloud DVRs.

However, you should keep in mind that some channels are not available on all plans, such as local channels and regional sports networks. The most basic plan does not include these channels. Additionally, some networks are exclusive to cable, and you may be able to find some of them only on the more expensive plans.

Sling TV offers a variety of add-ons. The price for each add-on varies depending on whether you have a Sling Blue or Orange subscription. For example, you can add the Sports Plus add-on, which costs $10 per month. Another popular add-on is the Kids Extra, News Extra, Lifestyle Extra, and Comedy Extra for $12 per month. The price for every Extra is different, but the total is still cheaper than cable.

Besides the basic channels, Sling TV also offers a number of premium channels. Among the premium channels available on Sling TV are Animal Planet, Boomerang, Disney Junior, Disney XD, Lifetime, and National Geographic. However, Sling TV does not have any support for Nintendo Switch or PlayStation consoles, but does offer apps for Quest, Oculus Go, and the Oculus Go.

Sling TV offers two basic plans that allow you to stream TV channels without cable. The Sling Orange package costs $35 per month and includes 30 cable channels. However, there are add-on channel packs available for five to twenty dollars each.

Hulu With Live TV is free for seven days. The service offers a wide variety of channels, add-ons, and more. However, the channel lineup varies based on your location. To get more channels, you can pay extra for a second subscription. It’s important to note that some Hulu add-ons aren’t available for every country.

Hulu With Live TV is available on many streaming devices, including Apple TV, Chromecast, iOS, Android, and Samsung Smart TVs. It also has apps for Xbox One, PlayStation 4, and Nintendo Switch. Users of Android devices won’t need to learn new controls. The main interface features a home screen with recommended content, My Stuff, Browse, Search, and Settings.

Hulu’s lineup of original series and limited-series are award-winning. Popular titles include The Handmaid’s Tale, The Great, Reservation Dogs, The Dropout, and Pen15. It also includes trending limited series like Pam & Tommy. Depending on your location, Hulu also has a library of local TV channels.

Hulu With Live TV has a free trial, so you can try it out and see how it works. It’s free for existing Hulu customers and new ones alike. The trial lasts for seven days, and it offers access to live channels as well as a cloud-based DVR. Hulu With Live TV also doesn’t charge your credit card until the trial is over.

Hulu With Live TV offers 50 hours of cloud DVR when you sign up. If you’d like to fast-forward commercials during recorded shows, you can upgrade to the Enhanced Cloud DVR for an additional $9.99 per month.

YouTube TV is a great way to stream TV channels without a cable subscription. It has a number of features including live TV channels and a cloud DVR. The service also offers a wide variety of content from YouTube, including YouTube original content. This programming was formerly known as YouTube Red. If you’re ready to cancel your cable subscription, check out YouTube TV to see if it’s a good alternative.

YouTube TV is available for PCs, mobile devices, and gaming consoles. You can even watch it on your television, as long as it’s set up to accept webcasts. You’ll need to download the YouTube TV app to your computer, or you can use the streaming feature available for iOS and Android devices.

YouTube TV has almost every channel you could possibly want. Local channels and your favorite cable channels are included, too, but you can’t watch the Hallmark channel, which is available only on cable. Another great live streaming service is Sling, which works on computers and XBOX One.

YouTube TV is an excellent alternative to cable TV. It lets you watch TV channels in a streamlined format from anywhere with an internet connection. It also has unlimited DVR. You can record up to seven days worth of shows for future viewing. It’s an easy way to cut the cord and liven up your home entertainment. Just remember to compare the different streaming services before choosing the right one.

YouTube TV offers over 85 channels, including major broadcast networks and cable networks. It also has regional sports networks. The service offers live and on-demand programming, and it has many other features, including 4K streaming.

The ITV Hub is a popular streaming service that offers a wide variety of live TV channels. It has millions of users and is free. In addition to live TV, it also offers on-demand content. Rapid Streamz is another free streaming service that gives Firestick users access to hundreds of channels from different countries.

TUBI TV lets you watch numerous TV shows on-demand, and all the content is in high definition. TUBI TV also allows you to search for any movie and watch it. However, it does not offer the latest releases, but it has many movies and television shows on demand. There are no commercials, so you should be able to watch your favorite show even if you don’t have a cable subscription.

Another way to watch TV without cable is to subscribe to Amazon Prime, which allows you to watch videos without cable. It also allows you to watch other channels as long as you have an Amazon Prime membership. Regardless of which service you choose, the Amazon Fire Stick makes your television a Smart TV. By connecting it to your television with an HDMI cable, you can instantly start streaming content in just a few minutes.

You can also access your local TV channels using apps. Some of these apps are free, but some of them require payment. You can find these apps in the official Amazon App Store or through the individual networks’ respective apps.

DirecTV Stream is a streaming TV service that combines the benefits of traditional cable with streaming platforms. Its lineup includes local channels, national networks, regional networks, and a wide variety of popular apps. DirecTV Stream can be watched on any device with an internet connection. Its subscription is good for up to 20 devices. The service is available on all major streaming platforms and is compatible with popular apps such as Roku and Chromecast.

It offers closed captioning on most channels and features customizable options such as font and color. However, captions sometimes run several seconds behind the live broadcast. If you’re concerned about censorship, DirecTV Stream also offers Descriptive Video Service, which provides audible narrations of TV shows.

DirecTV Stream has parental control features, which you can use to restrict content your children can view. The service lets you set restrictions on live or on-demand content. However, these controls cannot be linked to individual profiles. The parental control options for different members of the household may be different. Another drawback of this service is that it may be tedious to enter a four-digit PIN every time you want to change your viewing restrictions.

DirecTV Stream offers a free five-day trial. The trial offers unlimited cloud DVR storage, which previously required a separate fee. Some packages include additional taxes. For new customers, DirecTV Stream offers periodic discounts. To cancel the service, all you need to do is call customer service and cancel.

DirecTV Stream TV channels without cables is available anywhere with a minimum of 8Mbps internet speed. The downside is that DirecTV STREAM does not offer NFL Network, but Sling TV, Hulu, and YouTube TV offer similar services. However, DIRECTV STREAM supports more channels and local channels. It also offers a number of season sports packages